Enter your keyword below 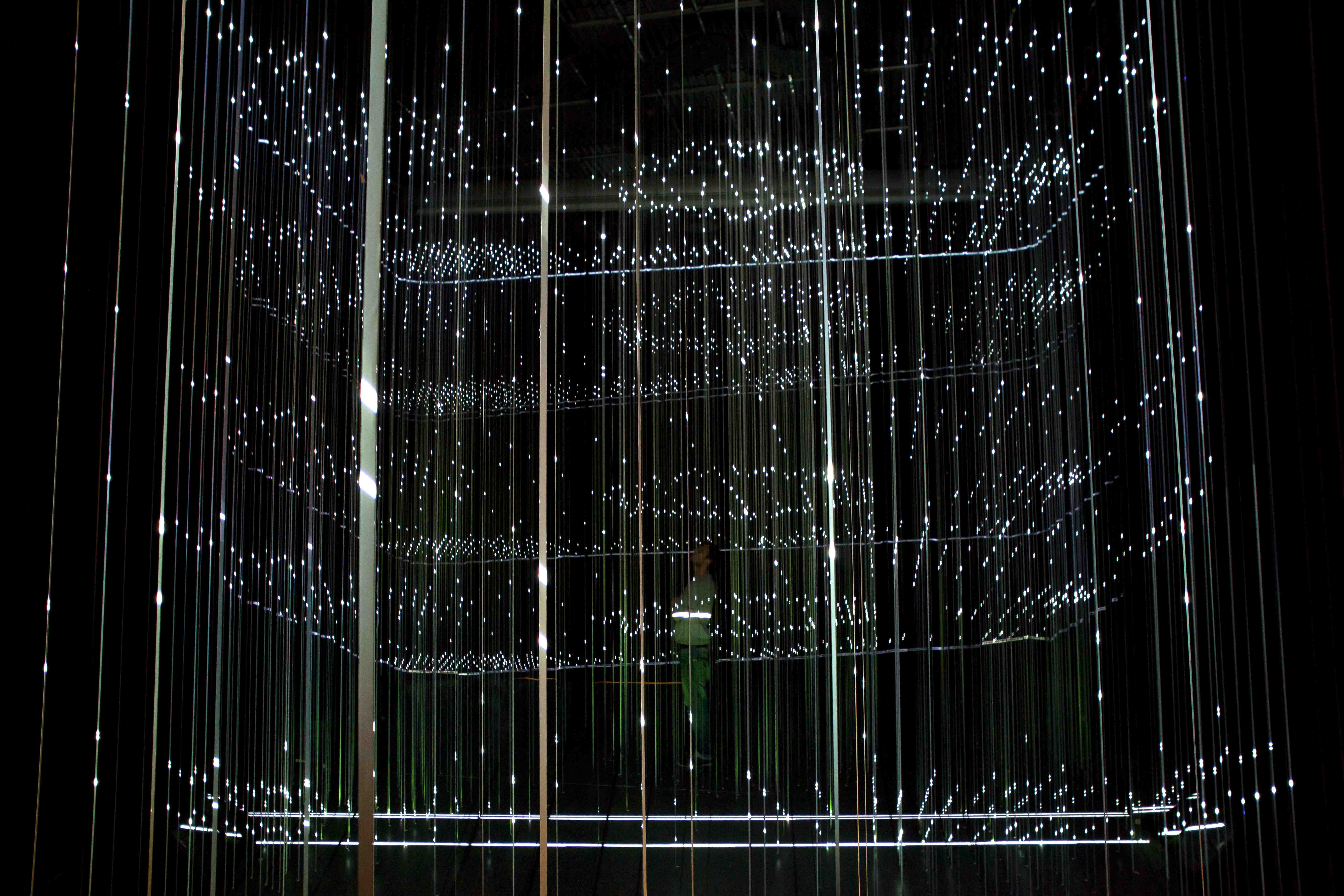 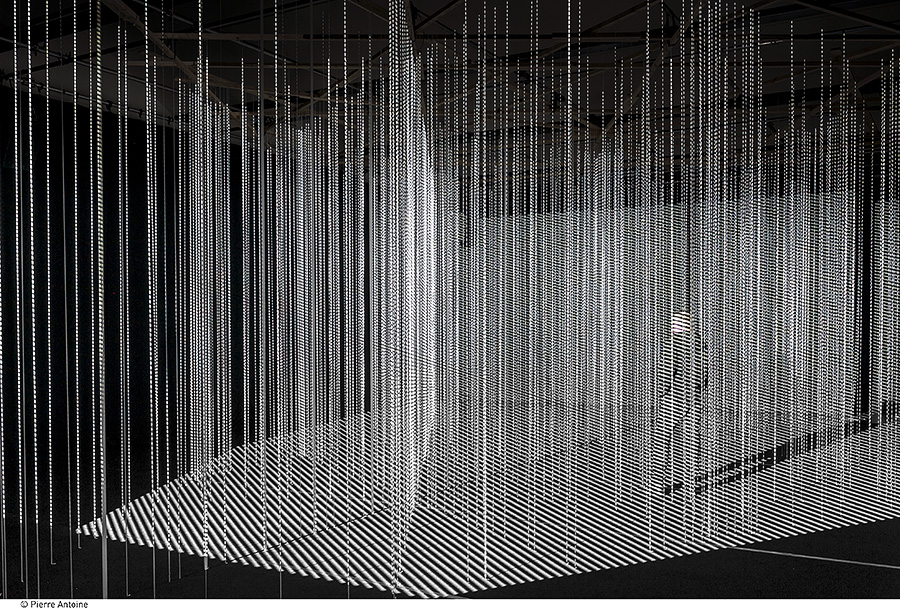 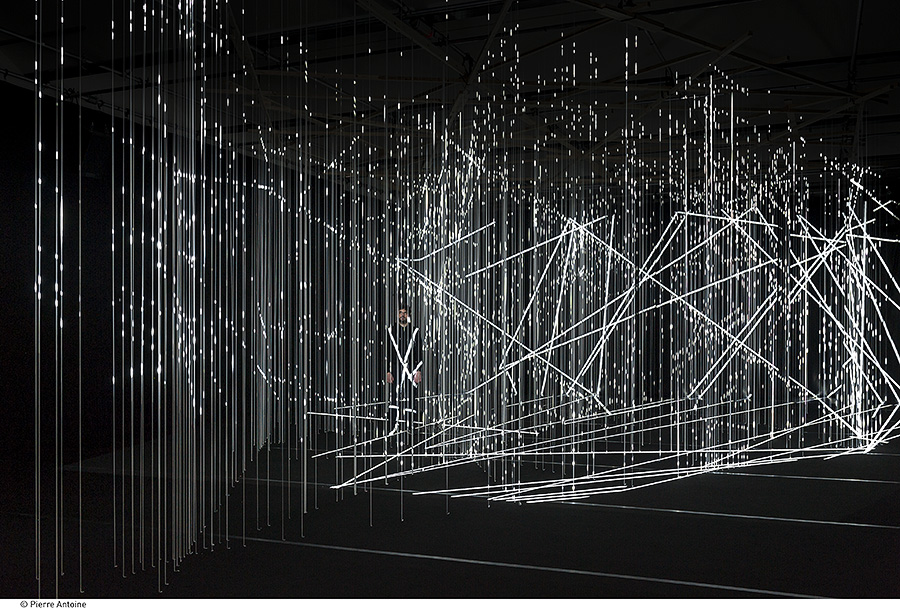 The visitor finds himself immersed in a constantly redefining space. A maze of thousands of white elastic rubber bands, reaching from the floor up to the ceiling, forms a grid of vertical lines on which a moving image of an abstract landscape is being projected. The installation deals with conceptions of cinematic space and the viewer in relation to the projection, i.e. the human to his surroundings. It is designed in a way that directly integrates the viewer by breaking up the distance between projection, audience and screen. Plane Scape is an accessible screen, which considers the image an environment rather than a two dimensional plane.
The elastic strips slice up the projected 2D image in space, exploding the screen into depth and scattering projected lines and planes into clouds of moving points. Changes in the movement of the projected imagery is accompanied by a six-channel sound composition.